David and his partners have strong roots in the Northwest and in Northwest brewing. After falling in love with French, Belgian and German brewing styles in college in the mid 1980’s, he started to look at what was going on locally.

“Microbreweries and brewpubs were just opening up and the beer wasn’t always great but it was always interesting. I was excited and knew immediately that I wanted to open a brewery.”

As David visited more breweries and sampled their ales, the idea of Awesome Ales bloomed and grew. It wasn’t long before he began to brew at home, learning the process and gaining valuable experience.

In 1995, he got his first professional brewing job with McMenamins. Three years later, he and fellow brewer Mike Hogan opened the Snake and Weasel, a Celebrator Beer News Top Ale House and renowned music venue. The club hosted national and local acts such as Andrew Bird, Yonder Mountain String Band and Jerry Joseph. The following grew each week.

Since closing the Snake and Weasel, David has continued working in the Oregon craft beer industry, keeping his finger on the pulse of brewing trends worldwide. He brewed at Astoria Brewing, Oregon Trail, Three Creeks, and worked for a local distributor.

For all the talk of the craft beer bubble bursting, the reality is that the demand for craft beers continues to outstrip the supply.

For this venture, David is determined to focus on what brought him here: the beer. 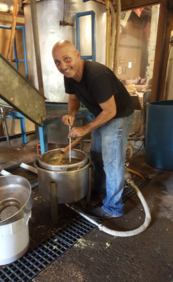 “The similarity between now and then is the idea of tenant brewing,” Dave says. He likes the idea of making the most of existing systems. “It allows us to work independently of certain financial pressures, collaborate with breweries that have the capacity, and to offer them an extra revenue stream.”

There is a green facet to both gypsy/tenant brewing as well. “Through cooperation and maximization, we create a smaller carbon footprint than we would in operating a separate facility, from heating water and running lights to shipments of grain and hops.” Sharing equipment is an innovative way to approach manufacturing while creating a tighter community. “In a few years, when we start approaching the sixteen-hundred barrel mark, I would like to build a brewery that will have the capacity to give other brewers the chance to get their start.”

Since 2013, Awesome Ales has been leading the Gypsy/Tenant brewing revolution in Oregon, producing a draft-only product distributed throughout Oregon. Moving into its third full year of business, Awesome Ales is now ready to launch its next phase, which includes the bottling of all its core products, a continuation of the seasonal program, and the establishment of the Asher David Artisan Ale Project. This will be the next evolutionary step in the transformation of Awesome Ales into a full-blown Artisan Farmhouse Brewery/B&B/Gathering Space.  Since its founding in 2013, Awesome Ales has produced and sold over 1000 bbls of beer (over 31000 gallons). Over the past couple of years, Awesome Ales has developed a solid following, a strong account base of pubs and restaurants in the following areas: Portland metro, Corvallis/Eugene, Salem, Bend, Hood River, and other cities throughout the state.

Although the process has been gradual, Awesome has been building a robust distribution network, and there is a clear plan and solid timeline with the long-term goal of building a destination brewery. The vision embodies the tenets of David’s brewing philosophy and revives the Snake and Weasel’s alternative feel.

Launching a destination brewery and gathering place is a huge undertaking. Accomplishing that organically takes patience and dedication, the same qualities necessary in creating handcrafted, bottle-conditioned, artisanal beers. While adhering to the gypsy/tenant model Awesome will establish a tasting room and initiate a barrel-aging program. These projects, along with the bottling, will put Awesome Ales at the center of the Northwest brewing community. 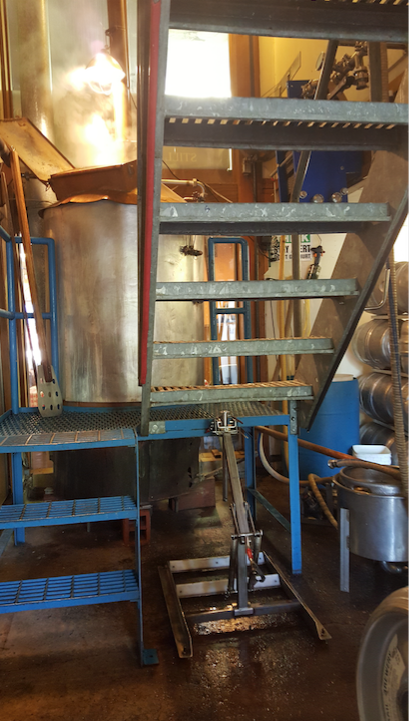 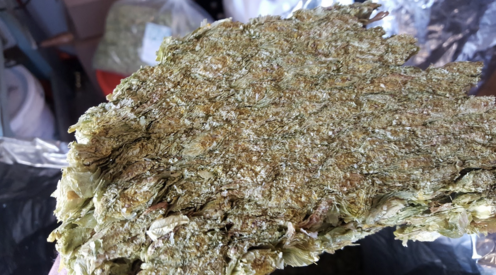 AND NOW FOR THE EXCITING NEW PROJECT: 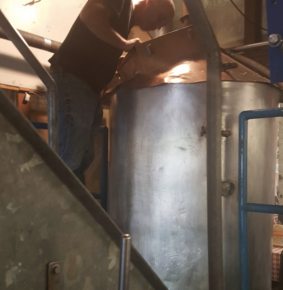 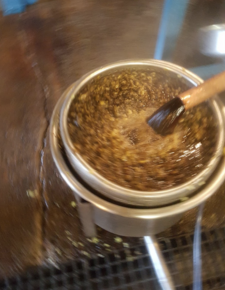 Summary:
Having already built a passionate following in Oregon over the last two years, Awesome Ales is ready to take the next step. Founder David Lederfine is bringing on partners and tapping his entrepreneurial powers with the creation of a collection of tasting clubs, a rebrand, the launch of new bottled products, the widening of his distribution range, the crafting of the Asher David Artisan Ale Project, and rumor has it, a pub.