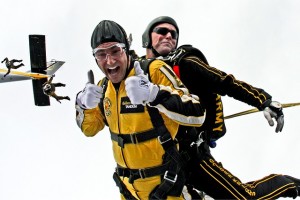 When crowdfunding appeared on the scene, the buzz was almost immediate. Instantly, platforms and projects alike attracted the spotlights and the attention of journalists eager to show the public something new.

The public bought the idea as well, not surprisingly. Afterall, there was indeed a chance to buy some technological stuff in advance while helping a promising startup without any intermediates other than the portal, who, by their turn, charged very low rates on capital raising.

It was a great idea. And it is a great idea. But as every successful endeavor, crowdfunding soon attracted its share of adventurous entrepreneurs and fraudsters alike. Types that consider delivering their product or service as a secondary task. Sometimes, they are not even considering it.

As such, the rate of crowdfunding campaigns that fail to deliver and leave backers without recourse or any money back are increasing. Techcrunch brought an interesting story on this, as the hyped Coolest Cooler project that failed to deliver is already selling on Amazon and Zano, a drone with artificial intelligence capabilities that made it possible to fly along with others simply posted a bankruptcy message after raising $3 million. No money back.

All of this is happening because rewards-based crowdfunding is offered without any warranties, even of actually delivering the product. The law currently allows this and it is not the intent of this article discussing the pros and cons of this. But the fact is, there is a lot of risk for the backer in rewards-based crowdfunding. While outright fraud can certainly be covered by law, there is not much else to do when some work has actually been done and the project ends up unsuccessful.

Equity crowdfunding is risky as well. But the risk is of a very different kind: the backer does not expect to have a breakthrough new gadget delivered. Instead, he is actually buying a share of the new business. Such a serious issue has a set of legislation of its own, that require the entrepreneur to disclose the way the money will be used and what will be the expected results.

In equity crowdfunding, the director can be personally responsible for anything that goes wrong with the project, so fraudsters are much more unlikely to use this form to raise funds. The adventurous types will certainly be attracted, but the amount of work and transparency required certainly destimulate those people.

That means the equity crowdfunding environment is not so crowded with phony or appealing projects. Also, the entrepreneur must better elaborate his business plan and properly estimate the company potential in order to sell, as backers are more concerned about return than the final product.

All of that, along with a legislation that requires more scrutiny on portals, makes equity crowdfunding less risky than rewards-based ones. And that may be the salvation of crowdfunding.