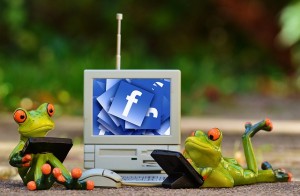 Facebook is now entering the crowdfunding arena. By announcing Fundraisers, a tool for non-profits raise funds via the social network, they definitely become a player and signal to the world that the company is seeing crowdfunding as a potential new venture.

Facebook states that they have nearly 150 million people worldwide who are concerned about a cause. They follow non-profits pages and donate to them when they ask for money. The social network had a donate button before, but both page owners and users had a hard time in keeping track of the campaign goals, which had to be updated by the non-profit manually.

Now Facebook has a tool that works in a very similar manner to traditional crowdfunding platforms: users are able to see the progress for specific campaigns in the project page. Plus, users can share their donation with friends, which is a great recommendation tool to allow non-profits to raise even more money.

Donate buttons can be added to both a page and a post, giving a lot of flexibility to the campaign owner. They are testing the new feature with 37 famous organizations like WWF and Mercy Corps. After this test phase is finished, the tool will be available for other non-profit organizations in America.

Social network and crowdfunding blend perfectly together. It is widely known that building a follower base on social networks before starting any campaign is key to gain friction before you start. The fact that one can post videos directly to the platform or Youtube as well makes it very enticing for anyone running a campaign.

Whether Facebook will pursue further ventures in crowdfunding is merely speculation as of now. But if they make the move to allow rewards-based crowdfunding, that could be a serious threat to traditional platforms like Kickstarter and Indiegogo. The question is whether the social network can establish a new profitable business out of crowdfunding directly. From a user point of view, that would be much simpler.