You are here: Home  /  icnw  /  ‘PANDORA’S MATRYOSHKAS’ – ‘A Clockwork Orange’ Of The IPhone Generation
icnw

‘PANDORA’S MATRYOSHKAS’ – ‘A Clockwork Orange’ Of The IPhone Generation 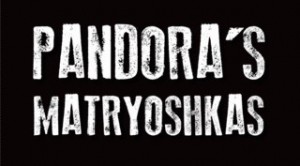 FOR IMMEDIATE RELEASE ‘PANDORA’S MATRYOSHKAS’ – ‘A Clockwork Orange’ of the iPhone generation.

A must-read for anyone who has struggled with an indifferent truth, who’s anxious about Fox News and mainstream media, or who is upset with the administration (ours or theirs). Now on Kickstarter.com.

October 22, 2015 – (Odessa, Ukraine) – Author Ferdy S.G. Dumel announced today that he is seeking sponsors via a rewards-based, crowd funding campaign on Kickstarter.com, to publish the English, Russian, German and Dutch versions of his new psychological thriller / political satire ‘Pandora’s Matryoshkas – A Dominating Experience.’ With this novel the author has created a new literary genre: the political romance.

The author is seeking to raise a minimum of $12,500 on Kickstarter.com, and believes his novel might challenge the way readers perceive the corporate media. Meanwhile, Dumel’s ultimate goal is to organize an international conference on ‘Leadership in the 21st Century.’ The first signed copies of the book will go to the Presidents of the US and Russia.

The Brewers are a ‘normal’ middle-class family living in Brooklyn. Chris, a conventional man with a good job, is married to Helen, a flamboyant and ambitious businesswoman. Lisa, their only daughter, longs for her mother’s attention, whilst worrying that she just might be invisible to her. This ambivalence leaves Lisa pondering – Why do we always end up deceived?

SPOILER: On September 11th, Helen is killed. A year later, Chris travels off to Moscow, where he becomes entangled in a web of sinister events. The book is about sex and politics, and the politics of sex. The reality is twisted and the devil is back in Moscow.

Throughout the 320-page novel, Dumel integrates a well-developed cast with a compelling psychological plotline. Page-by-page, the author reduces the distance between the “American” and “Russian” ways of thinking. How did he manage this? “By following the news, reading some books and then dedicating several years of my life to it, I was able to complete the writing of Pandora’s,” he responds. He is hopeful Kickstarter will allow the formation of a conference on ‘Leadership in the 21st Century’ – speakers and leadership consultants who reflect the new paradigm will be invited.

Please, check out Ferdy Dumel’s PANDORA’S MATRYOSHKAS on Kickstarter.com. As the current conflict in eastern Ukraine demonstrates, the politicians and leaders of the US and Russia are continuing the Cold War. Now is the time for the citizens of these nations to say, “Enough is enough!”

Ferdy S.G. Dumel, a political scientist, started writing this novel in Amsterdam, and finished his work several years later in Odessa, Ukraine; “one of the most corrupt cities in the world,” he opines. He is currently at work on two new novels about his experiences over there.