Real estate rental transparency is finally possible, and we believe it’s going to change the industry for the better. Historically, the apartment rental search has always been one sided becuase all parties involved are not equally informed. There is very little transparency in the rental process, and landlords, property managers, and brokers usually have a leg up on renters who are typically inexperienced and have minimal negotiation or bargaining rights.

Rentlogic is the first apartment rental search engine designed where renters come first, but that does not mean everyone else comes last. That doesn’t mean that sites like Zillow don’t care about renters, they just care more about brokers and landlords because that’s what their business model is based on. In doing so, their products are inherintely biased.

Rentlogic represents the other side of the equation and exits to serve the millions of people that are involved in the rental cycle in New York City, and then eventually North America. 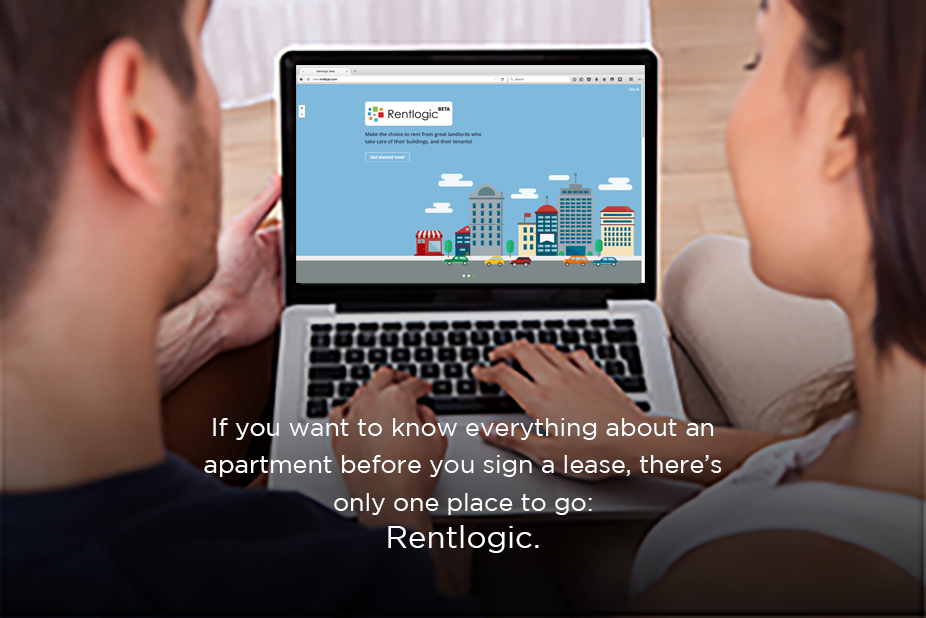 A home is supposed to be a sanctuary, and it’s something that people take for granted. When it’s good it’s good, but when it’s bad it can be unbearable and people in these situations feel powerless. That feeling of powerlessness is what drove us to build an apartment rental search engine that will deliver complete rental transparency when it’s most important, at the point of sale.

We work with city governments and local communities to find out everything about an apartment: mold hiding beneath floorboards, cockroaches crawling between the walls, and other problems that renters would never know about before signing a lease.

At Rentlogic, we do the hard work now to give renters the confidence and peace of mind to sign a lease with no unforeseen headaches later. Renters can now make the choice to rent from great landlords who take care of their buildings and their tenants and avoid renter’s remorse altogether!

How are we leveraging this new renting strategy to make the world a safer place? Read on to find out.

We all have one — so what’s your apartment horror story? Mice, rats, bedbugs, cockroaches? The truth is: there’s a LOT that can be wrong with an apartment, and the biggest concerns are rarely noticeable at first glance. Only after you sign the lease and settle in do you notice the 4am parties next door, the critters running through your walls, or the landlord’s refusal to the turn the heat on in the middle of January. 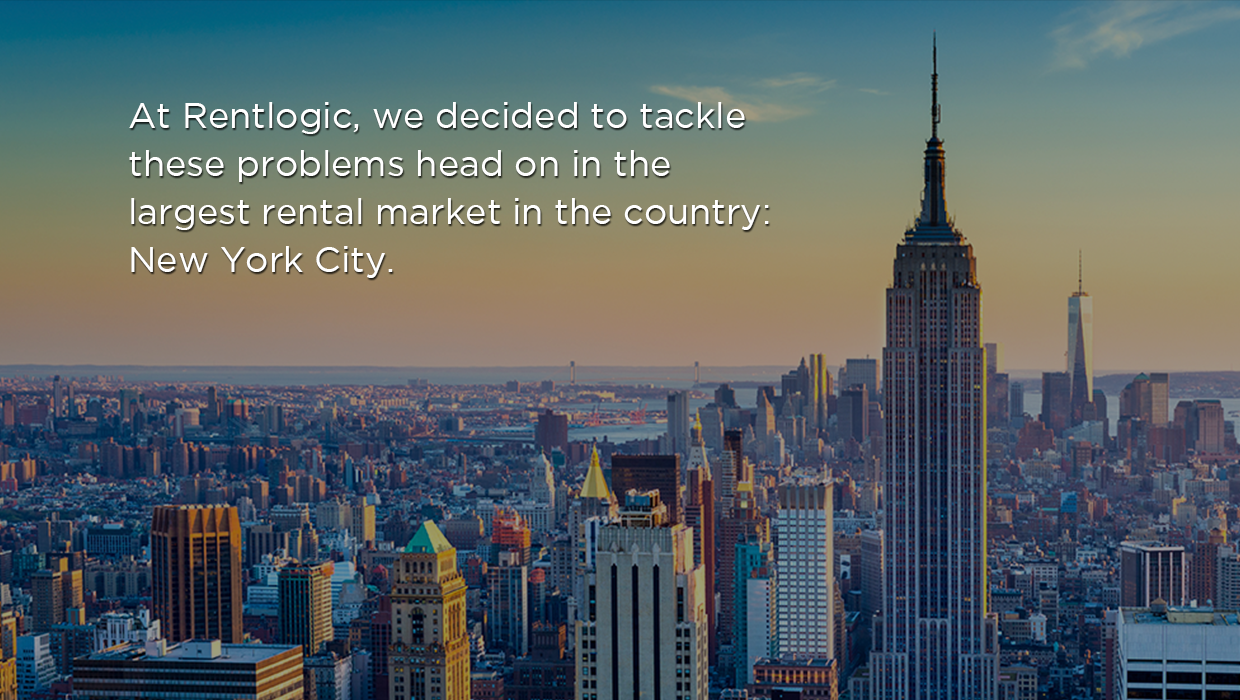 Want to talk about rental horror stories? Those are dime-a-dozen in these boroughs. Many of these pains could be avoided by using our software, which usually knows more about a given building than everyone else involved in the leasing process.

In a city where 4,000 people ﬁle complaints about their landlord every week, renters are long overdue for a change. These are not just low-income individuals, the same patterns of complaints and violations exist within luxury buildings throughout Manhattan.

Rentlogic is an apartment rental search engine with all the same features you’re accustomed to, but with an unshakable and unmatched commitment totransparency, accountability, and community. 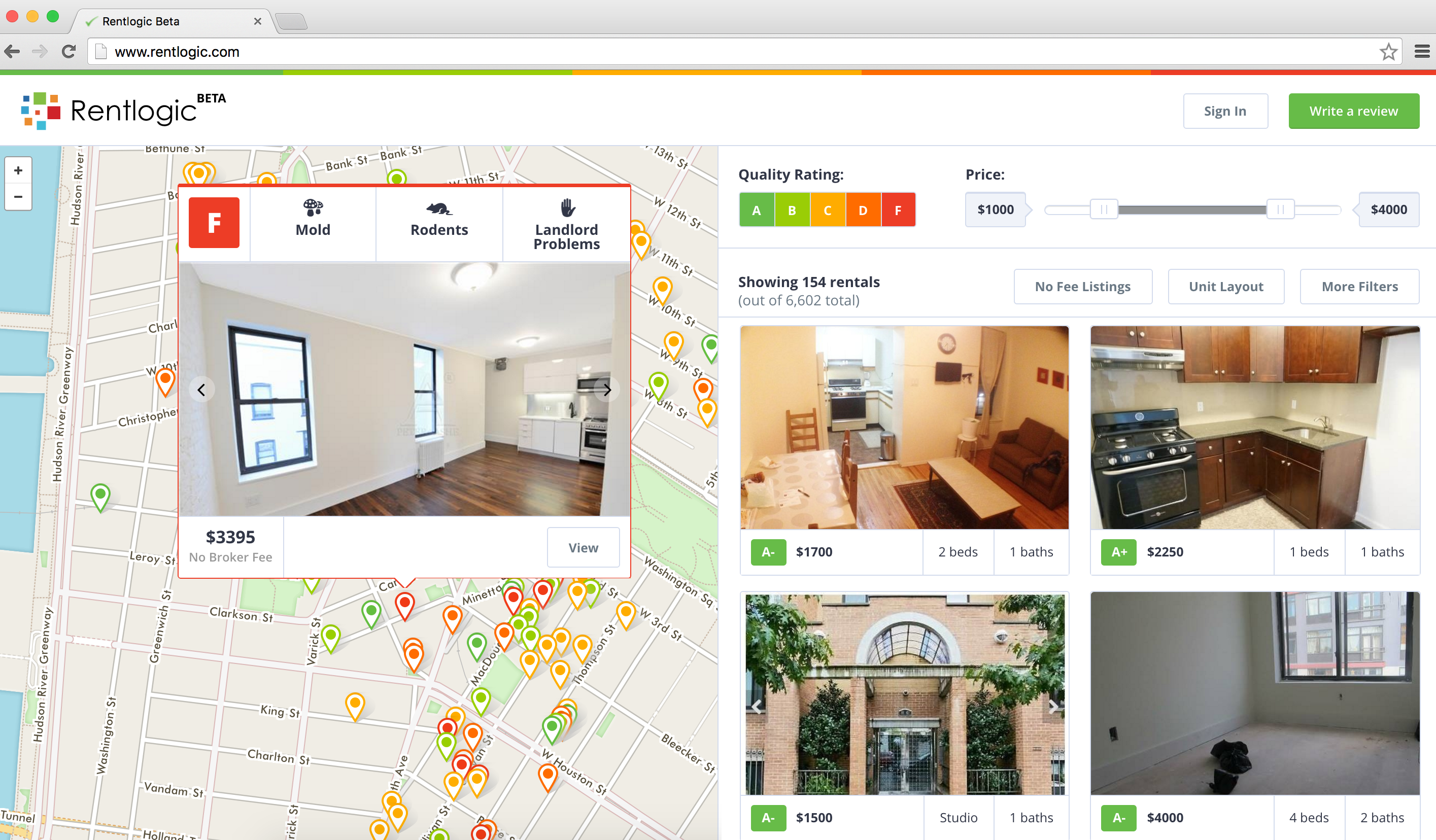 We connect to government data from various sources like the Department of Buildings and the Department of Housing Preservation and use this information to produce a letter grade from A to F that represents the overall quality of the building. All of our information is verified first-hand by city inspectors.

We also collect user generated reviews and comments regarding landlords, buildings, and property management which will eventually be used to help renters make even easier decisions. 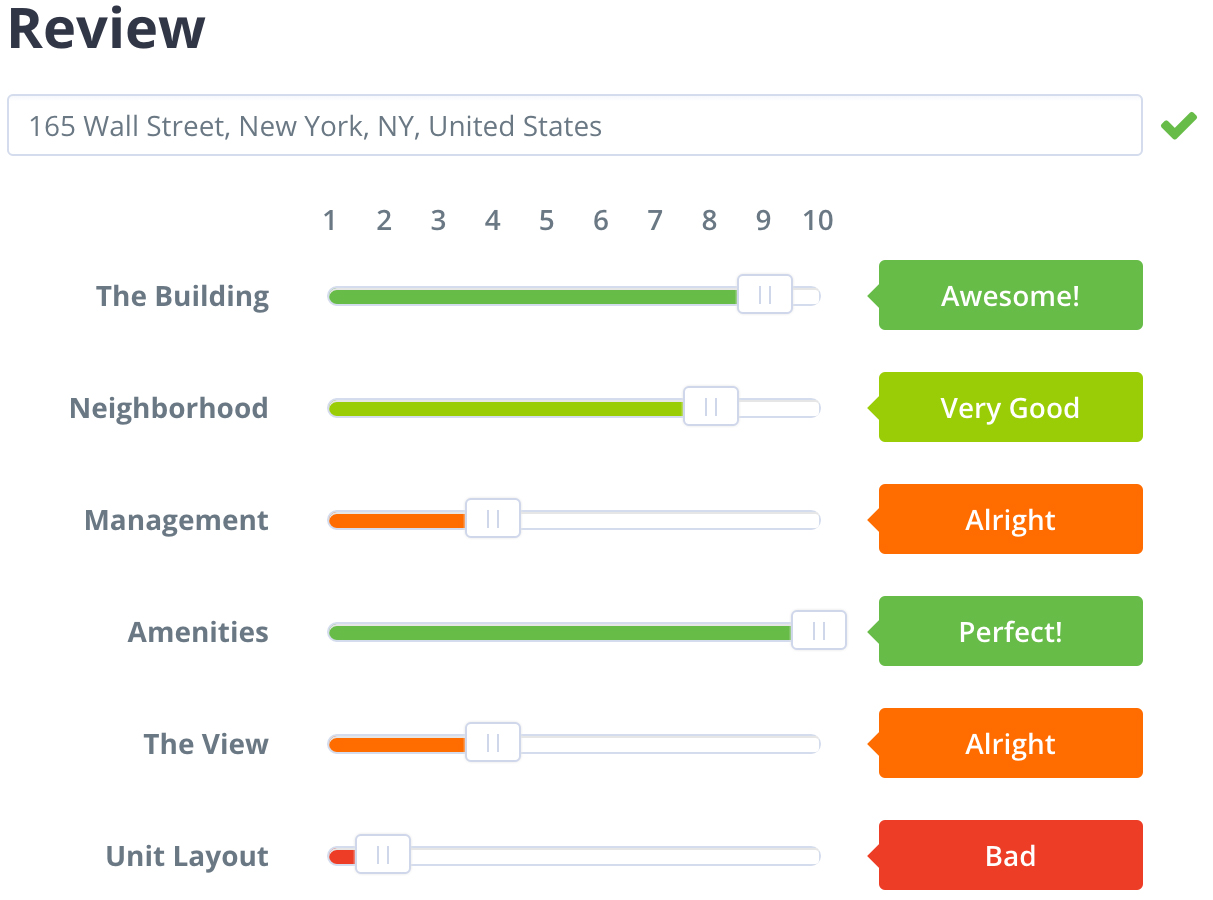 For the first time ever, current and potential renters can make an informed decision on where they want to live with Rentlogic. And best of all, we can all work together to weed out dishonest and corrupt landlords who try to take advantage of their renters, and instead direct our money to honest landlords who work hard to provide a safe and comfortable living environment. 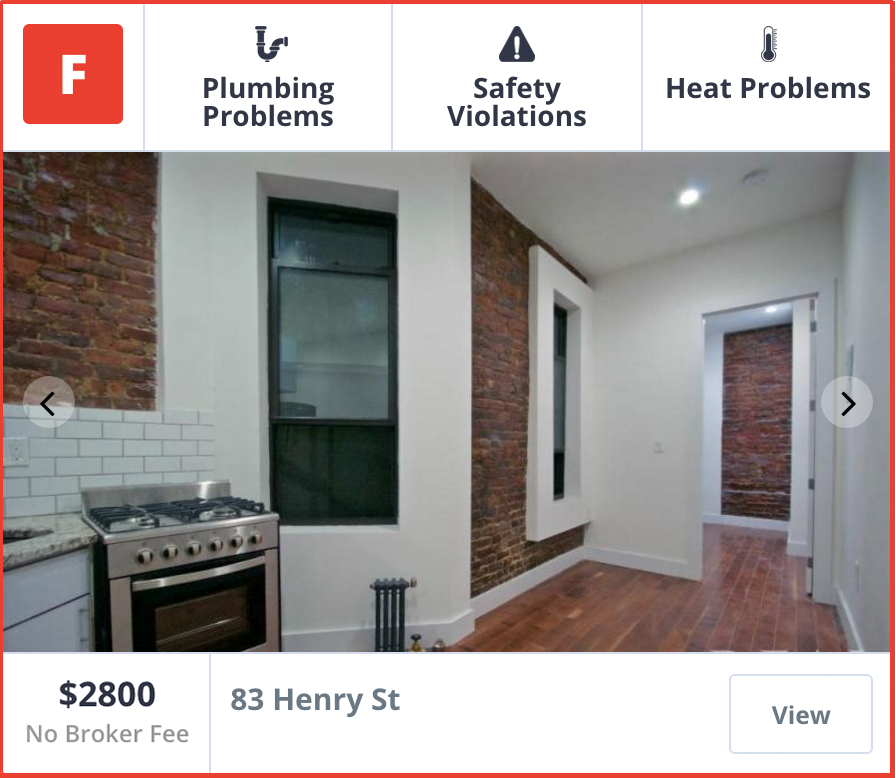 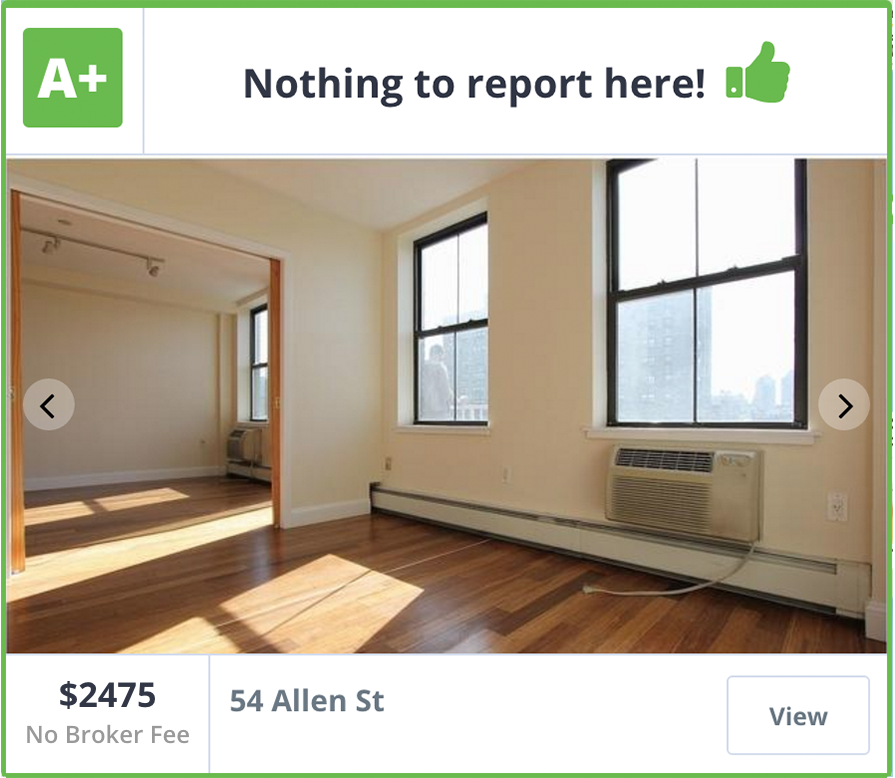 Over time, great landlords will be rewarded with higher visibility and more clicks leading to less vacancy rates and additional premiums. Landlords in F buildings will have to clean up their act, or reduce their rents to something that is more fair. This will eventually help to move the markets because of the fact that no one will want to pay $2800 for a 1 bedroom in an F building, when something nearly identical exists across the street for $2475.

We are the only product out there that offers this kind of intelligence to renters.

After a year of production and $265,000 invested, a working demo of Rentlogic went live in October 2015.

The press is spreading the word, too!

“Check before you rent:
How a TED Fellow is holding New York City landlords accountable”

Up next: We’re building out our working demo a little further and are expecting to be launched in full force by January 2016. We’re focused on establishing a large New York footprint, before scaling to other markets in North America.

Yale Fox, Co-Founder & CEO sold his first home when he was only 11 years old 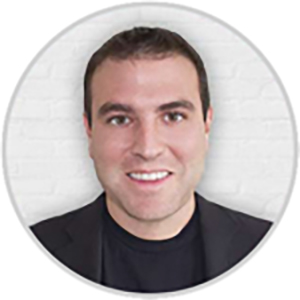 for his father’s real estate agency. He further honed his skills as an entrepreneur building and running a popular nightclub, while attending University and receiving a Bachelors of Science in Biology. He has published multiple thesis studies, which received international acclaim and helped earn him recognition as a TED Fellow in 2011. Yale’s passion lies within identifying systems with unequal distributions of power, and creating technologies to establish balance which is one of the reasons he started Rentlogic.

His journey towards Rentlogic started when he moved to New York a few years ago and had a big problem with his landlord, subsequently forcing him to go through the court system. The court system is expensive, full of headaches and can be ineffective. After much exploration, he realized this was not only a business opportunity, but his calling in life. He has been relentlessly pursuing Rentlogic since. 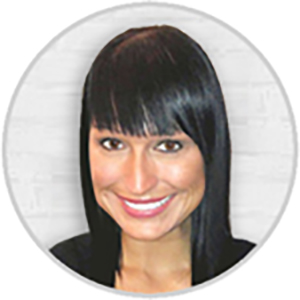 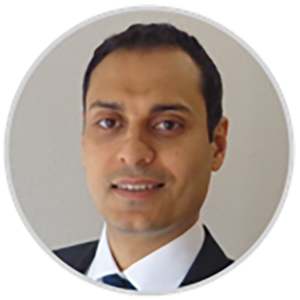 Wes has a PhD in IT Systems Engineering from the Hasso Plattner Institute. Over the past 10 years, he has developed software within the IT, education, security, and telecommunication industries. As an active scientist, he has more than 15 peer reviewed publications on various topics ranging from cloud computing infrastructure to information security. 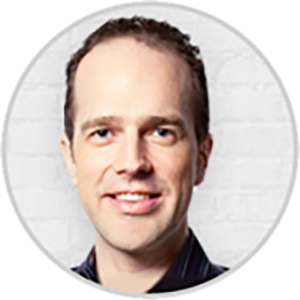 (Computer Science and Artificial Intelligence Laboratory) and a postdoc at Harvard Medical School. He has 30 years of experience in software engineering, specializing in machine learning and big data analytics. Luke worked as tech lead for Ray Kurzweil’s artificial intelligence team at Google. He is a TED Fellow and a Singularity University alum. 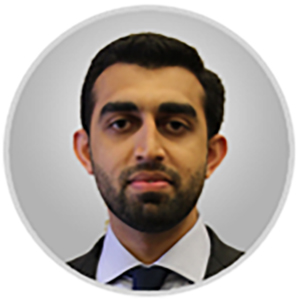 Sohaib Hasan is the former Chief Analyst of the NYC Mayor’s Office of Data Analytics. During his time there, he worked on a variety of analytics projects with various city agencies, and focused on issues that impact buildings in NYC. He is currently a Data Scientist at OnDeck where he uses data science to optimize credit policy based on a customer’s risk profile. 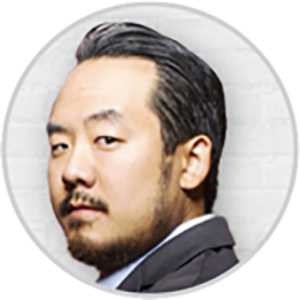 firm. Adrian was an inaugural TED Fellow and TED Senior Fellow, and is also a mentor at Sparklabs, Korea’s premier startup accelerator. Adrian was a visitor at Princeton University’s Center for Information Technology Policy (2010 – 2011), a Visiting Lecturer teaching “America, Human Rights and Foreign Policy” at Korea’s Ewha University (2008), and was selected as a 2009 Arnold Wolfers Fellow at Yale University (2009). 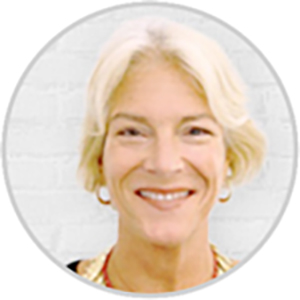 Sunny Bates is an author, influencer, serial entrepreneur and advisor to countless companies including Kickstarter, TechStars, General Electric and TED. A natural and professional networker, Sunny helps connect the dots and bring ideas to life. She has been advising business executives for the past 25 years. 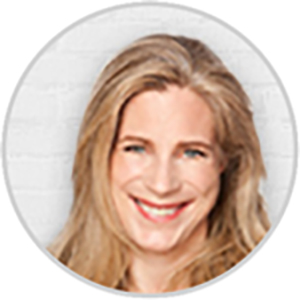 Gaby Darbyshire is a true Brit who moved stateside in the late nineties after early career stints as a Barrister and Management Consultant in London. She is a repeat entrepreneur, having founded a global wine company, a charity for death row inmates in the Commonwealth, and most recently, Gawker Media, where she was the COO until 2013. She currently runs an incubator, advises startups, and is an angel investor. 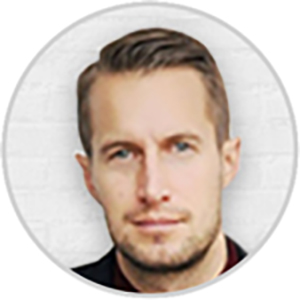 Brendan Fallis is a repeat entrepreneur. Currently a partner in Waiola Coconut Water, a fashion tech software platform NMRKT, and most recently with a talent management firm called Preveyor. Leading up to his recent ventures, he worked with fashion brand incubator Launch Collective and is also an internationally renowned tastemaker. 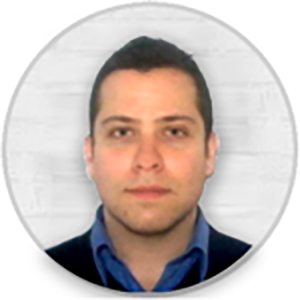 Summary:
Rentlogic is the first apartment rental search engine designed where renters come first, but that does not mean everyone else comes last. That doesn’t mean that sites like Zillow don’t care about renters, they just care more about brokers and landlords because that’s what their business model is based on.
See Campaign: https://www.fundable.com/rentlogic
Contact Information:
Yale Fox
Melissa Messina
Wesam Dawoud
Luke Hutchison
Sohaib Hasan