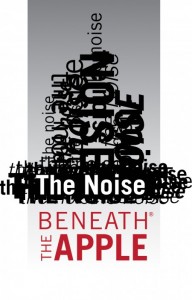 The award-winning author Heather Jacks has released plans surrounding her latest book, which will showcase the art of street performance in the Bay Area.

United States – October 20, 2015: In her first book, The Noise Beneath the Apple®, Heather Jacks wrote of the busking culture and street music scene within New York City. She took photos, conducted intimate interviews and recorded music with 35 of New York’s most prominent street musicians. Her book later won a Book of the Year Award in the Performing Arts & Music category.

For the upcoming second installment of The Noise Beneath the Apple® series, Jacks will explore busking and street performance in the eclectic Bay Area. The new book will include a variety of stories, photos and of course, music.

“I will be taking 30 of the best Bay Area buskers and street musicians into a recording studio.” explains Jacks. “We will create a unique version of the 1967 song by Eric Burdon and The Animals, San Franciscan Nights. A variety of instruments that symbolize the busking culture of the Bay Area will be incorporated, including an accordion, top hat, tuba, harmonica, cello, violin, trombone, sitar and a Gospel Choir. We will record the entire song in one day and one take.”

In creating The Noise Beneath the Apple®: New York City book, Jacks successfully used the crowdfunding platform of Rockethub, and plans to do the same for the Bay Area version, to offset some of the costs associated with the creation and development of her upcoming project. Her new crowdfunding campaign for TNBTA®: Busk Loose: A Celebration of Busking in the Bay Area will launch on October 19 2015.

Jacks’ is also a Finalist in a Creative Studio/Ovation TV Contest for her 30 Buskers, 1 Song, 1 Day, 1 Take project. The contest is designed to help fund and spotlight crowdfunding projects. If chosen as the winner, Jacks will be the recipient of $5000 towards her crowdfunding campaign and have the possibility of being featured on TV.

To find out more information about Heather Jacks and her upcoming book TNBTA®: Buskloose: A Celebration of Busking in the Bay Area, visit the series website at www.tnbta.com.

To join the project page and learn more about the recording, visit https://www.rockethub.com/60945.