You are here: Home  /  icnw  /  XREAL: Building the future of competitive gaming
icnw 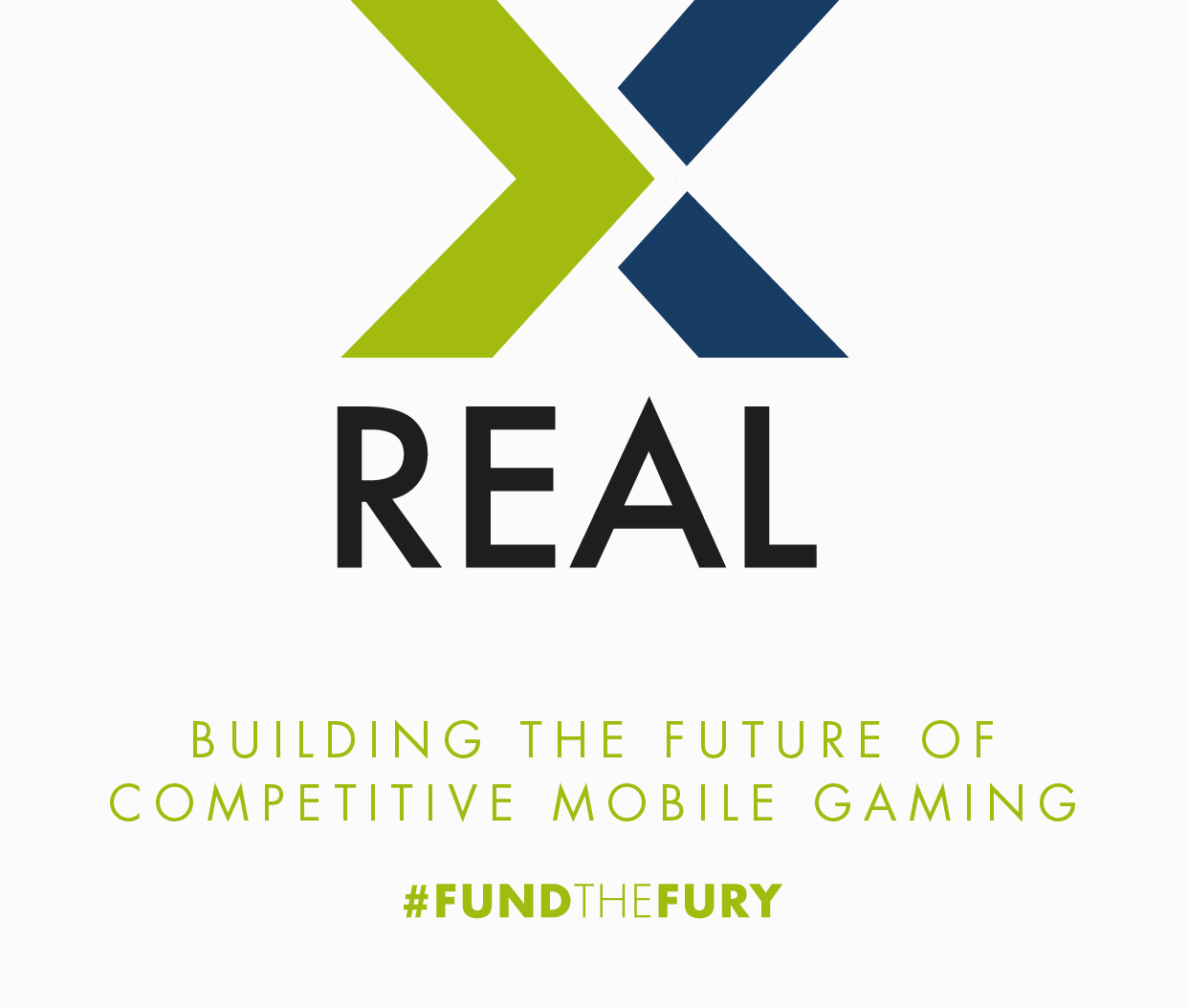 When it comes to profitable ventures, there’s little that can compare to the global mobile gaming market. As global markets become saturated from the sales of tablets and smart-phones, mobile gaming revenue will continue to grow until it eventually eclipses the console market, expected by the end of 2015. Why the astronomic growth in the mobile market? Simple: “By the end of 2014, the number of mobile-connected devices will exceed the number of people on earth, and by 2019 there will be nearly 1.5 mobile devices per capita”, or approximately 10 billion mobile devices. Consoles, conversely, across all companies (Nintendo, Sony, Microsoft) and the last two generations (Wii & WiiU, PS3 &4, XBox 360 & One) have sold under 300 million units. The costs of console gaming are far higher for the average person, too – a console requires a television, an internet connection, and the games themselves can be prohibitively expensive.

Revenue in the North American mobile content market is expected to cross $10B this year, with $3B of that revenue directly from mobile gaming. The trend towards freemium has increased audience exposure and in-app purchases, further driving this explosive growth. Average time spent gaming continues to rise alongside it, and increasingly, those who spend the most time in-game are less likely to be from the core “gamer” demographic. Combine that with the relatively low-cost of entry to mobile gaming, and you can see a bright future developing. 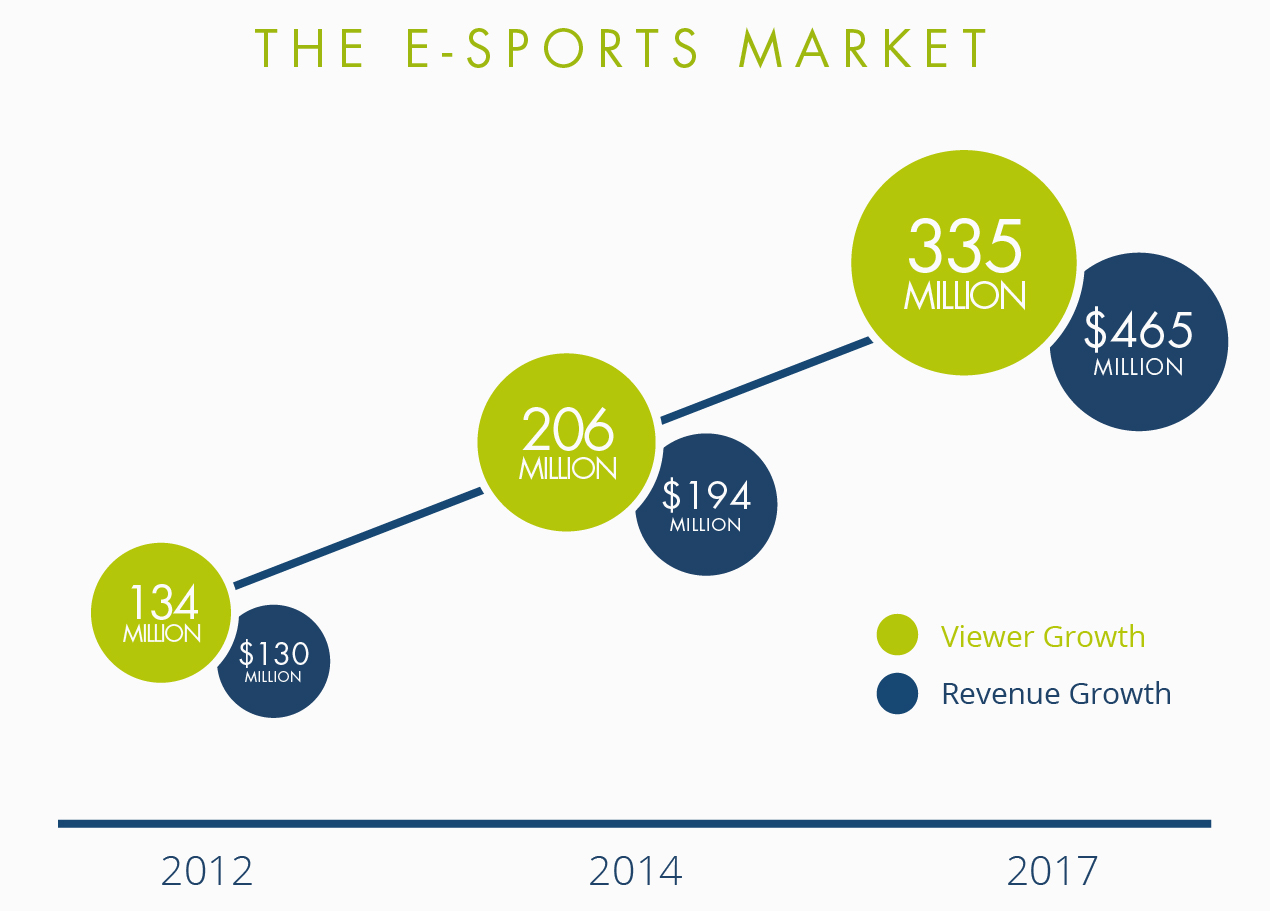 As more people become involved with mobile gaming, we will see the meteoric rise of mobile eSports. Already, the North American eSports market makes almost $200M annually off sponsorships & ticket sales alone, and it is expected to make a “conservative” jump to $465M by 2017. But the revenue is only part of the picture, as audiences hundreds of millions strong are already flocking to console and PC eSporting events. With the introduction of a mobile aspect to the eSports market, we could expect to see even greater growth, especially as it expands into the Chinese and South Korean Markets. Some estimates even have eSports revenues topping $1B within the next two years. The numbers speak for themselves: mobile gaming is the wave of the future and now is the time to capitalize on it.

The mobile market is ripe for the plucking; all that it requires is a great idea and a team with the experience to reap the most from it. Poised on the crest of this massive wave is Fortress Fury, the strategic PVP freemium mobile game brainchild of Youtube wunderkind Jordan Maron, A.K.A. CaptainSparklez, and industry leader Howard Marks (Activision, Acclaim! Games). 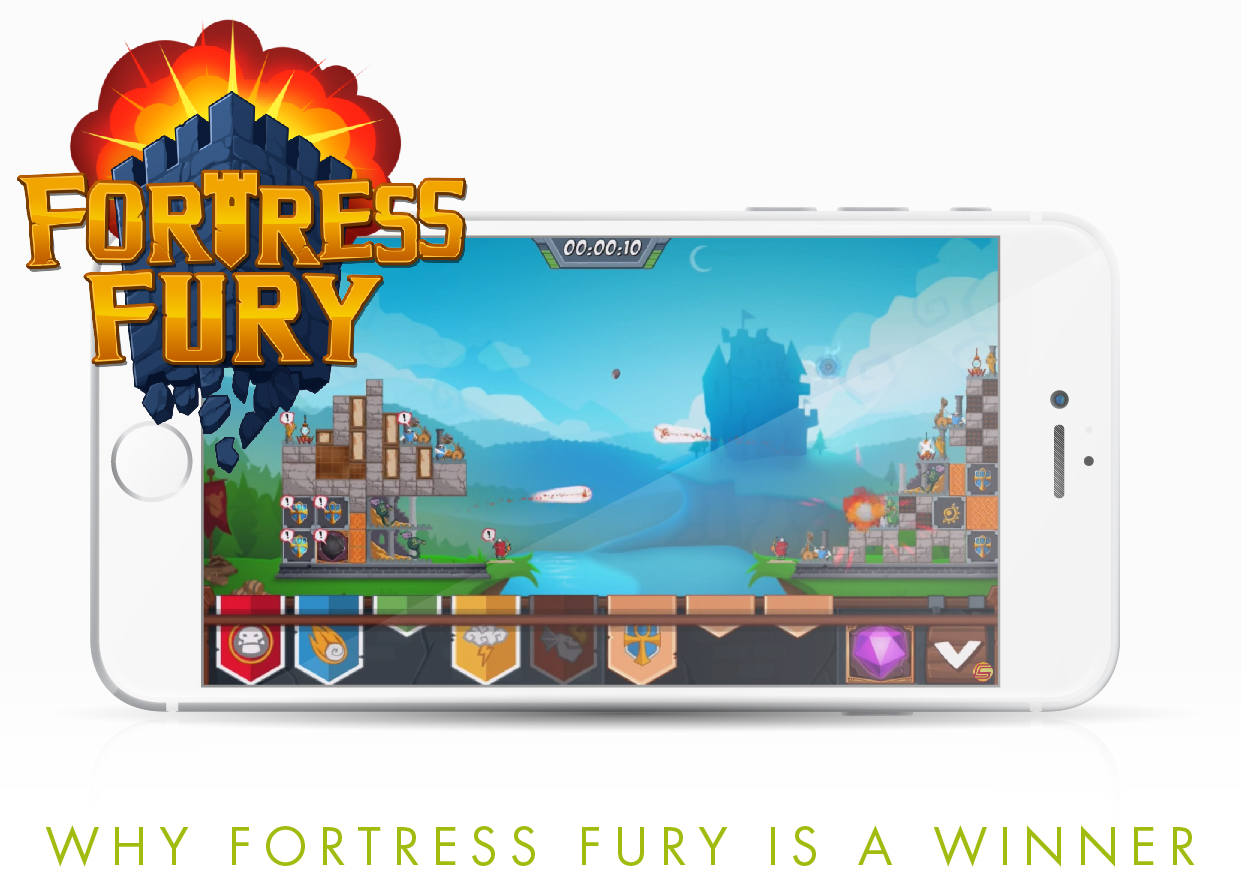 Maron, a Minecraft playing Youtube sensation with more than 8 million subscribers and 40M+ monthly pageviews, created the game’s core concept when Marks and Maron met in early 2014. Marks, interested in his children’s obsession with the Youtube stars’ videos and the game he played, contacted Maron through Jordan’s grandmother. Maron had wanted to make a video game for a long time, and when Marks approached him about the possibility, the two struck an almost immediate accord, each recognizing in the other some intangible quality that spoke of potential success. And so on August 1st, 2014, Fortress Fury began production.

Maron, an experienced gamer with a growing social following, took inspiration from the games he enjoyed as well as those games that proved to be influential to his budding community of MineCraft enthusiasts. He incorporated elements like creative building and real time competition to enhance the player’s experience, while keeping the overall feel of the game unique.

Maron shared the game’s progress through every step by producing regular video blogs on his Youtube channel, and even invited fans to help design the logo and vote on the name. Each video he posted related to the game garnered between 400 and 800 thousand views, and provided invaluable fan feedback. Because of his commitment to his community, the game developed a large following even before release. And when Fortress Fury was released May 14th, 2015, it catapulted into the top 100 on the iTunes app store and was downloaded more than a million times in its first two weeks.

Fortress Fury balances all the right elements for an addictive and competitive easy access, real-time, player-versus-player mobile game. Howard Marks brings decades of experience and expertise from his time cultivating the world’s largest video game publisher, Activision, and Jordan Maron’s creativity and vision, coupled with his immense social presence, have come together to create a great game and a great opportunity for investment.

Together, they plan to take XREAL and Fortress Fury to the next level. eSports continue to grow in size, rivaling even the biggest of sporting events. XREAL and Fortress Fury are poised to capture this booming eSports market by leveraging the wisdom of its executive team, the feedback of its vocal fans, and the market forces that continue to show great promise for the future of mobile gaming.

Take a moment and sniff the air. Smell that ozone? That’s the smell of a perfect storm brewing over the city of Los Angeles, its eye centered over the XReal offices in Santa Monica. The conditions couldn’t be better.

In case you’ve been living underground and you hadn’t heard of Activision Blizzard or its many profitable franchises (Call of Duty, StarCraft, etc), today its a $14B video gaming industry behemoth. However, in the early ‘90s before Bobby Kotick and Howard Marks took it out of bankruptcy, it was a $2M software company struggling with over $20M in debt. The two turned the company around and, at the time of its merger with Vivendi in 2008, Activision was valued at $18.9B. Those people lucky enough to have invested in Howard and Bobby’s bankrupt Activision would have seen a 9,000X return on their investments.

Just imagine if you had an opportunity to invest in Activision with Howard Marks in 1991. Expressing interest in investing in XREAL is your opportunity to be a part of Howard’s next great success. REAL is positioned to dominate the mobile eSports market with it’s first title Fortress Fury and is offering the general public a small window to reserve shares and to be part of the $21B industry that is mobile gaming.

Indicate interest to reserve shares  in XREAL and become a part of the future of eSports today! 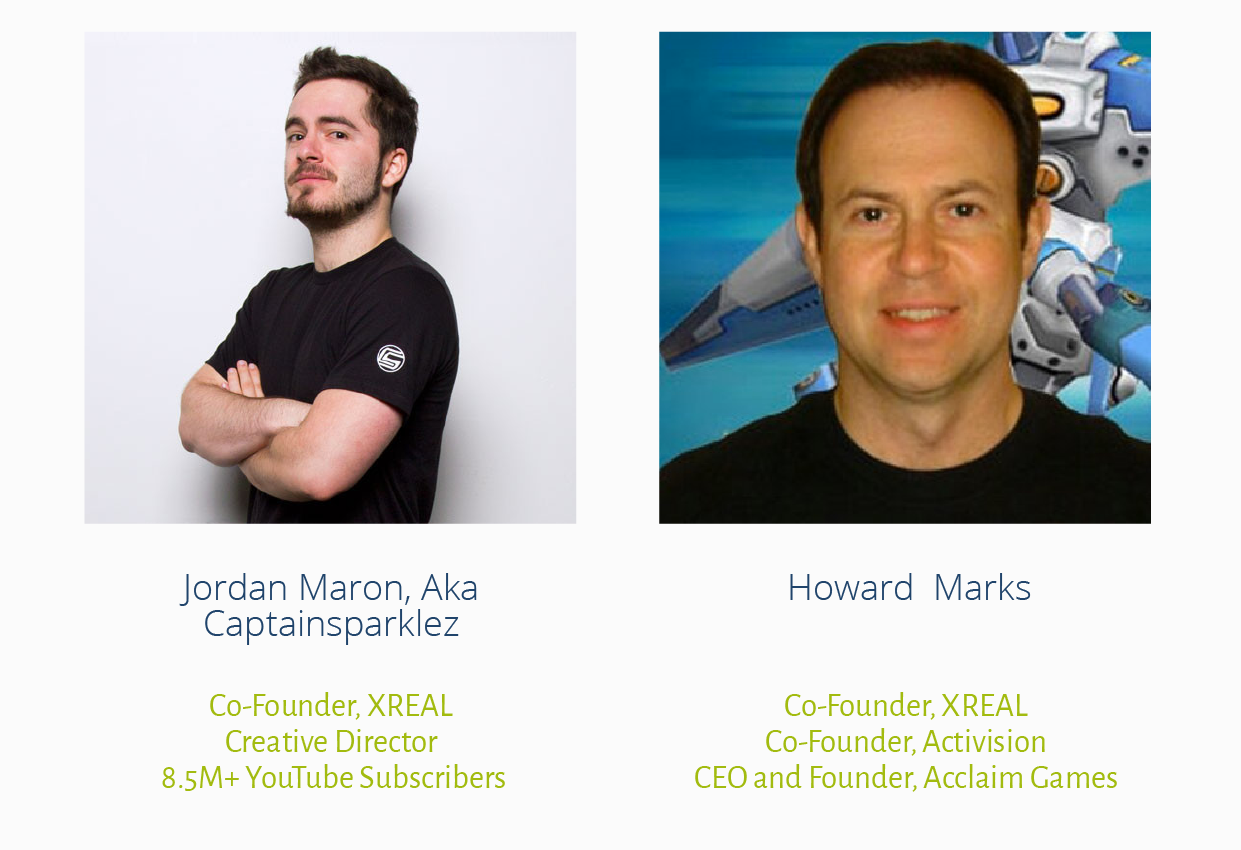 Howard Marks is a visionary, serial technologist and gaming industry pioneer with more than 20 years of experience. Marks is co-founder of Activision ($11B+market cap), makers of Guitar Hero, Tony Hawk’s Pro Skater and Call of Duty. Under his watch, Activision emerged from the depths of bankruptcy to become the undisputed heavyweight in video game publishing. In 2007, the company was sold to Vivendi for $2B, and the brand continues to be admired to this day.

Marks also previously served as CEO and Founder of Acclaim Games. A lifelong believer in entrepreneurialism, he started his first company in his of University of Michigan dorm room selling software for the Apple II.

Howard Marks is the Executive Chairman and major shareholder in StartEngine, the platform this campaign is hosted on.

Jordan Maron (known by millions around the world as CaptainSparklez) is a YouTube superstar. An enthusiastic gamer and a witty gaming commentator with more than 8.5M+ subscribers, Jordan’s CaptainSparklez channel has more than 1.7B views on all his videos combined. Maron’s YouTube career began in 2010, making some of the highest-viewed videos in YouTube’s history. His channel holds the record for the top three most-viewed Minecraft videos. Maron now dominates as the third most subscribed gaming commentator on YouTube.

$200 worth of Shares in the company

$500 worth of Shares in the company

Summary:
Our vision is to build a mobile eSports franchise with a highly addictive game. The eSports market is virtually devoid of titles in the mobile community. Fortress Fury, with it’s passionate community and proven growth, is positioned to become the premier title in a burgeoning mobile player-versus-player market.